WHAT TO SEE IN ARMENIA

The choices regarding tourists’ destinations depend on the duration of visit, personality and  needs, and finances.
Those who prefer dynamic recreation may choose between two types of activity: bus voyages or hiking trails. Contrarily, lovers of quiet lifestyles favor for spending more time in a hotel room, silence, admiring for fascinating sunrises and sunsets, enchanting landscapes, tasting of local varieties of splendid wines and the indescribable taste of the national cuisine.
In short, it's worth visiting both the traditional tourist facilities, and small family hotels and hostels where tourists are offered delicious homemade food made of fresh products from family farms and homemade wines from private cellars. Also, the hosts will tell you about a lot of interesting stories and recount historical facts, as well legends reached to us by word of mouth, fairy tales and sayings, anecdotes and narratives from folklore.

“Symphony of stones” is a unique complex of columnar basalt as if frozen and hung overhead in the canyons of Hrazdan and Azat rivers;
“Mermaid’s Hair” is a waterfall in Jermuk,  equally beautiful as the waterfalls in Shaki and elsewhere;
Lake Sevan is a high-altitude freshwater reservoir with many hotels and resort areas along its shores. One can enjoy water bikes, cutters and catamarans.
There are many small high-mountain lakes in Armenia, and respective tours can always be arranged for visitors, including walking tours.
Other routes include the “Stone forest” in Goris, the “Cave city” in Khndzoresk, the cable tramway “Wings of Tatev”, thermal springs in Jermuk and Hankavan, etc. 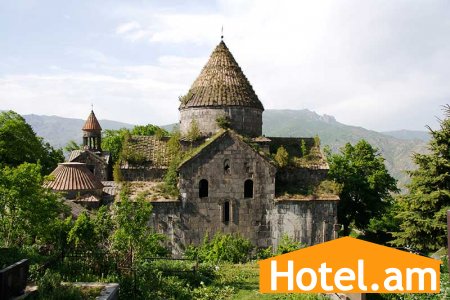 The Monastery complex of Geghard, the Garni temple, the Echmiadzin (Vagharshapat) Cathedral, the medieval Sanahin Monastery, the Monastery of Tatev and many others are also exciting destinations. Among these there are functioning and half-ruined monuments, some are restored, and some are abandoned, some are frequently visited and some are known only to their wardens and dated V-VI-VII....cc.

The historical complex of Amberd includes a VII century fortress and a church built in the XI century.
The Black Fortress is located not far from the northern cultural capital of Armenia – Gyumri. Here, after the monument had been restored, tourists can not only visit the site but also may have a chance to attend a concert.
The Halidzor Monastery (built in X century and turned into a fortress in XVIII century) is located on a hill near Vokhյi River, not far from Kapan.

Among the most frequented museums are those in the capital city, namely, the Museum of History, Parajanov Museum, Erebuni Museum, the Museum of Modern Art, and others. 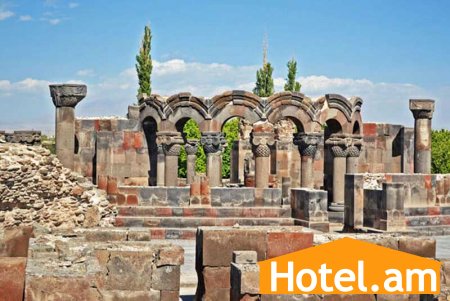 You may also like the “open-air museums”. Among them the following seem to be a must:
• Karahunj or Zorac Karer - also known as the Armenian Stonehenge - a unique ancient observatory located at an altitude of 1770 m, 200 km south of the capital;
• Zvartnots Temple, (Temple of Watchful Angels) dated VII century AD; it’s built of volcanic tuff and is located 10 km west of Yerevan;
• Famous Khachkars (cross-stones) in the form of the Armenian alphabet, located in Oshakan, in the graveyard of the creator of the Armenian alphabet Mesrop Mashtots. Another alley of letters is located on the western slope of the volcanic massif Aragats. The guide will show which is the first letter of your name, and where you must have your photo taken.
• The ancient fortress city of Erebuni, the ruins of which are within the boundaries of Yerevan. The date of the founding of Yerevan is considered to be 782 BC. - the year of the founding of the fortress city of Erebuni, as evidenced by cuneiform records unearthed during excavations in 1950 on the Arin-Berd hill.
In great demand are tasting tours to cognac factories and wineries in Ararat, Areni, Proshyan, etc.
There are many picturesque sites in the country, where hikers, rock climbers, downhill  skiers and just nature lovers go. Even water reservoirs (Azat, Kechut, Marmarik, etc.) attract with their beauty and unique landscape.
Show contacts
Gallery
Information
Users of Guests are not allowed to comment this publication.