Resorts in Armenia for a perfect vacation 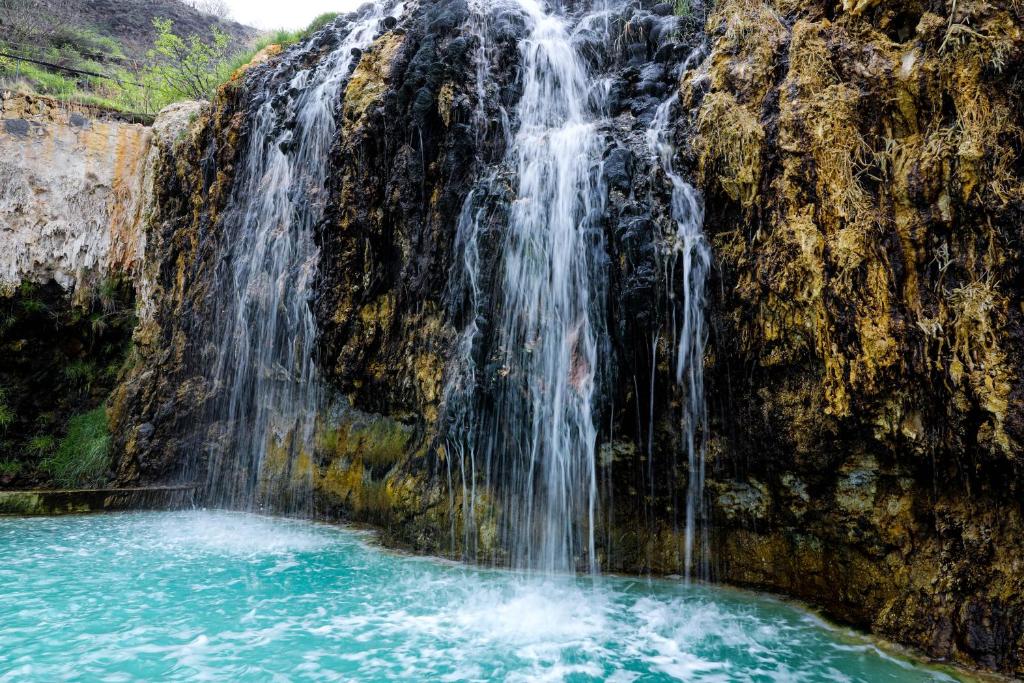 When you hear the word summer the first thing that comes to mind is the vacations. Summer vacations are three wonderful months that you can spend as you want. You can meet your friends, read any books, meet your grandparents and of course, travel.

The resorts of Armenia are a combination of beautiful mountains, mineral springs, and delicious traditional cuisine. Armenia is rich in amazing nature, architectural and historical sightseeings. In Armenia, everyone will find what they like from ancient cities with beautiful temples and monasteries, feudal fortresses and castles to resorts with healing mineral springs and the purest mountain air.
Here we collect some resorts in Armenia for a perfect vacation.

Arzni resort is located at an altitude of 1250 meters above sea level in the Armenian highlands. This city is located in the gorge of the Hrazdan River, quite close to Yerevan, only 23 kilometers away. The mineral water from these places, Arzni, was famous for its healing properties as early as the 5th century BC. The sanatorium with the name of the resort "Arzni" was built here in 1969. Later in 2008, it was rebuilt. Having received a second life, it was also equipped with modern equipment, expanding the range of medical procedures.This area has a very warm climate, due to its geographical location, winter here is mild, the average temperature in January is −5 ° С , the summer is not hot but warm, the average temperature in July +22 ° С. So the resort welcomes guests all year round
Mineral water is one of the main advantages of the resort, its medicinal properties are widely known not only in the Caucasus region but also beyond its borders. The composition of the water can be characterized as carbonic-chloride-hydrocarbonate-sodium. The mineral waters of Arzni are rich in carbon dioxide (1.25-2.0 g / l) and mineral elements (8-10 g / l).

Goris is a small cozy town with a population of only twenty-five thousand inhabitants. But, despite this, the climate here is mild, with warm winters and summers, and abundant rainfall per year. It is located on both sides of the Vararakn River, which is sometimes called after the city, at an altitude of about one and a half thousand meters above sea level.Goris is known for its sightseeings such as the Stone forest, the Cave city of Khndzoresk, the Sisavan monastery with the Shaki waterfall, the alpine lake Karagel and Karakhundzh are an analog of Stonehenge.

Together with the Pambak River, the Dzoraget River in the territory of Armenia forms the Debed River. Its waters are located in the northern part of Armenia and pass through the northwestern part of the Lori region, in particular, bypassing the city of Stepanavan. In Armenian, the word Dzoraget means - River-gorge. The starting point from where the rafting begins is a bridge over the river in the city of Stepanavan. The entire section of the rafting is located in the river canyon, it is quite deep, from 100 to 300 meters, the walls are very high and steep. Leaning in the rafting is on the left bank. The Dzorogetskaya HPP is located downstream.
The city of Stepanavan is located in the central part of the Lori region of Armenia. On the territory of the city there is a house-museum and a monument in honor of the Bolshevik Stepan Shaumyan, in honor of him the city was renamed from Jalaloglu. At a distance of 36 km from Stepanovan is Vanadzor, this path passes through the forest area of the Bzovdal ridge. The city is located on the Dzoraget river, north of the Basum ridge, this is the Lori plateau.

The city of Sevan is named after the famous lake in the high mountains of Armenia. If you believe the legend, then in ancient times Gods and holy bright stars drew water from it. It is the largest lake in the Caucasus.There is a legend about the origin of the lake. Once upon a time in its place, fertile gardens bloomed, irrigated with spring water. The spring was small, but the pressure of the water was strong, so the hole from which the water flowed was closed with a large stone. Once a frivolous beauty took a jug of water and forgot to close the spring, going home to sleep. At night the water from the spring poured out and became a small river. While the girl was sleeping, the water kept rising higher and higher and people started to climb the trees from the disaster. Finally, one of the old men cried out: "Let the one who did this turn to stone!" The girl jumped out on the threshold of her house and immediately turned to stone. The powerful waters were still rising and eventually, they formed a lake with a rocky island. Today this rocky island still dominates the blue surface of Lake Sevan, looking like the head of a neglectful girl. And the water formed a lake with a stone island towering over Sevan, like the head of that careless beauty. Besides the beautiful legend, Lake Sevan is famous for its special and local fish. In Sevan, you must try the trout which is delicious and served in every restaurant.

You may also like The best resorts in Armenia.
Information
Users of Guests are not allowed to comment this publication.